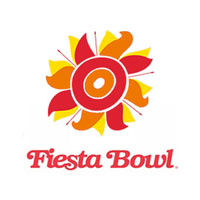 Covering the video needs for the Cactus Bowl and Fiesta Bowl games requires extraordinary skill in communication, organization, planning, and execution. We produce the audience-targeted TV commercials that air during both games, plus we put just as much thought and planning into all of the social media and sizzle reels we produce. The majority of the shooting schedule ramps up in October, prior to the games which begin in late December. In the two weeks leading up to the games, we will produce nearly 30 different videos. By January 1, 2018, we will have shot, edited, and produced over 50 different videos in a span of just 3 months.

In creating beautifully shot, produced, edited, and memorable videos, we aim to get those who view these videos excited to take action. This is how our clients increase revenue. It’s something we take very seriously. For the Fiesta Bowl Games, every contributor is impacted in a significant way: The Fiesta Bowl’s attendance expectations, partnerships, and sales revenues; the teams’ images and performance; the fans’ support and enthusiasm; the media coverage and footage we provide; and the communities that are bolstered by charitable contributions. It’s an honor to be part of this extraordinary event and all that it brings to Arizona.

Pre-game promotions hit the networks at the start of December, as the playoff finalists are announced. From there, Manley works at a rapid pace to create PSAs, commercials, cover media events, and keep up with each team as they perform their charitable contributions to the community.

How did we do?

We’ve had such an excellent experience working with everyone from Manley’s team. The videos that have been produced are one-of-a-kind, very original, very out-of-the-box, and that was something that we really needed at the Fiesta Bowl.

This season, Fiesta Bowl Charities will give more than $2.5 million to Arizona communities during the 2017-2018 season, more than any bowl game has ever done. Many of the videos shot during the season profile charitable events that happen from October through March of the game season. These include fundraising events such as the Hole-in-One, Wishes for Teachers, playground builds with Kaboom! and the Aerospace Challenge.

When game day arrives, it’s a full 24 hour day for the Manley team. We’re in the suites and on the field running several different shoots at the same time. We’re gathering footage of action in the stands and in the managers’ suites, capturing the highlight moments of the game from start to finish and providing footage to onsite media outlets. After game day, we’re in our edit suites for the next two weeks creating the content to be aired on networks, partner recognition videos, and promotional videos for pitching to sponsors for the following season.